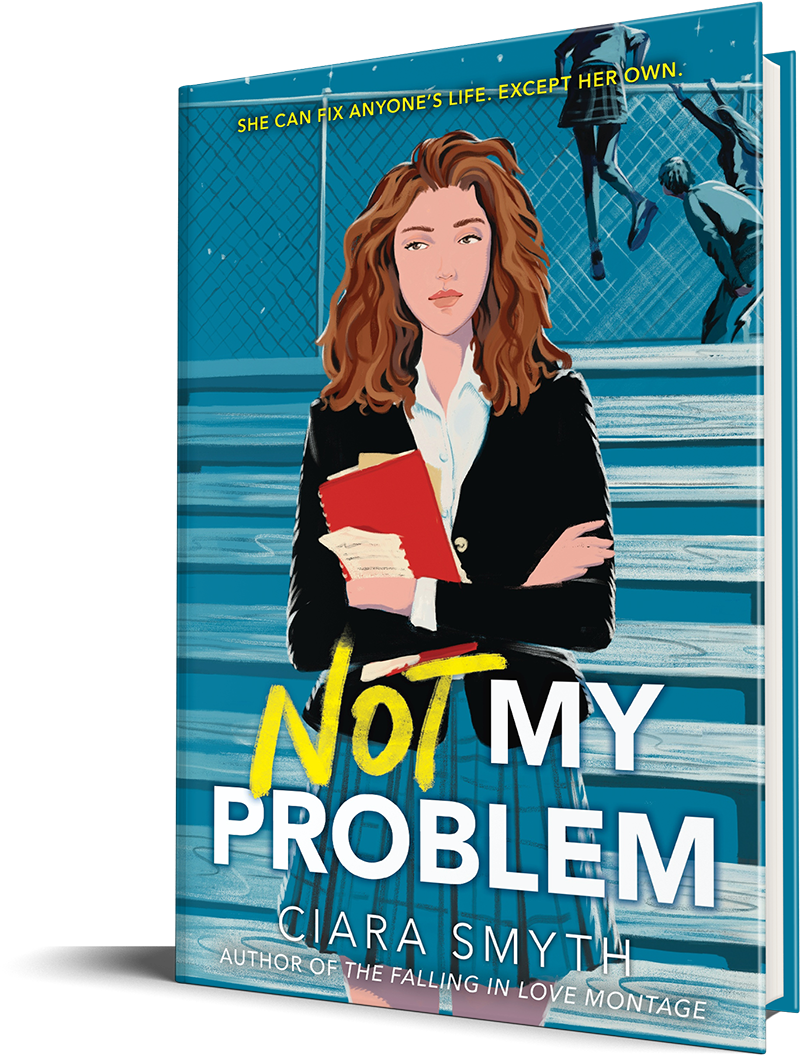 Aideen has plenty of problems she can’t solve. But when she stumbles upon overachiever Meabh Kowalska having a full-blown meltdown, she sees one that she can actually fix. Meabh is desperate to escape her crushing pile of extracurriculars. Aideen volunteers to help—by pushing her down the stairs.

Problem? Solved. Meabh’s sprained ankle is the perfect excuse to ditch her overwhelming schedule. But when one of their classmates learns about their little scheme, more “clients” start asking for Aideen’s “help”—kicking off a semester of traded favors, ill-advised hijinks, and even an unexpected chance at love.

Fixing other people’s problems won’t fix her own. But it might be the push Aideen needs to start.

Not My Problem will be released in May 2021

Not My Problem is available from most online and retail book stores. Here are a few you might use -